I’ve sometimes needed to generate a specific SQL Script to apply a specific Entity Framework migration to my database.

This post is mostly for my record of how to do this, and here is the link to where I found the solution. It’s near the bottom of the page.  One day I will re-write the instructions here in a cleaner format, but for this will help me find it again, and maybe anyone else who is looking.

If you want to allow remote computers on your network to access an instance of Sql Server running on one machine, you’ll have to add some new Incoming rules to the Windows Firewall, or no connections can come through. So, let’s show you what has to be considered and how to achieve this.

So, in order to allow remote access to the Sql Server instance, you will need to add these Incoming rules to the Windows Firewall:

You can use these handy Poweshell scripts to add the above Firewall rules:

You should see the new rules here: 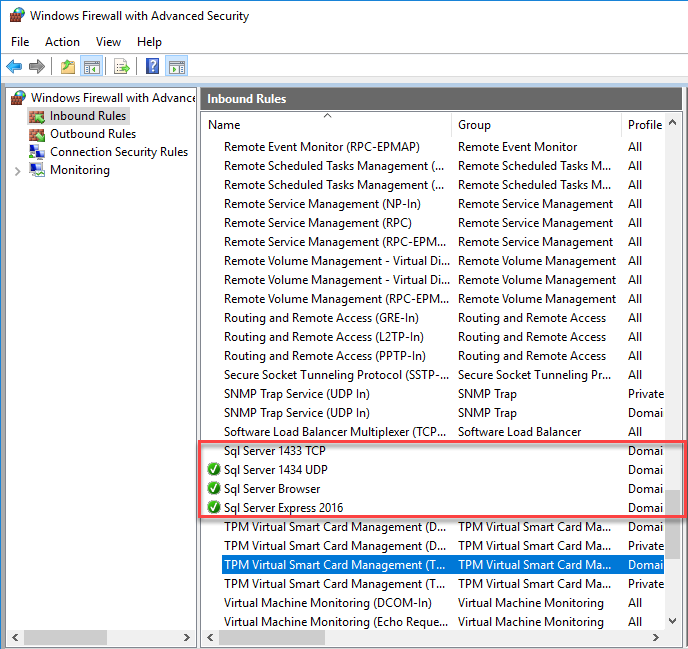 Since I was running a named instance, I found that I did not need the 1433 TCP port rule at all, I only needed the 1434 UDP port rule (along with the two application rules) to get it working on my network.

Other steps to check

This post only covers the Windows Firewall. There are other steps required in configuring Sql Server itself: 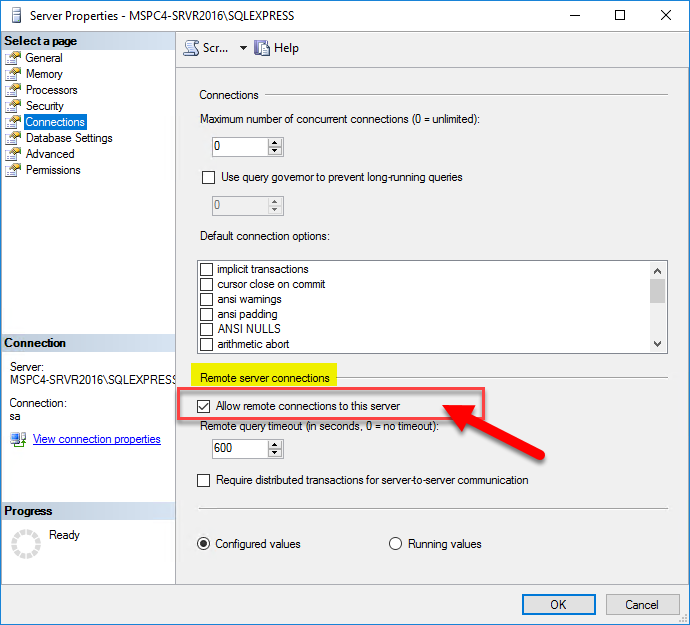 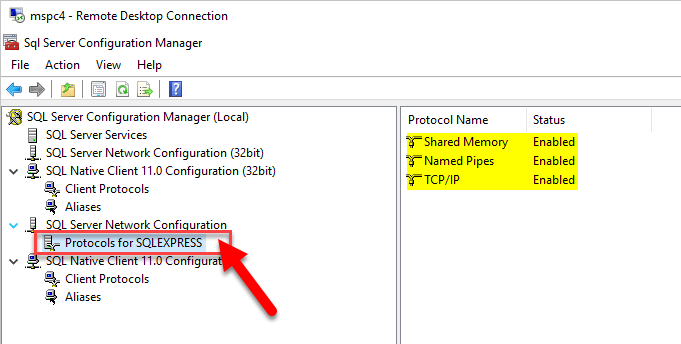 Some details pulled from these links:

When trying to generate data only scripts from a Sql Server 2012 database, I was getting this error from Sql Server Management Studio 2012:

This database was originally on Sql Server 2008, and I could script it without any problems at that time, which I did many times. Then, about a month ago, we moved it to Sql Server 2012, and when I tried to script the database again, using Sql Server Management 2012, I got this error.

I googled around and found this helpful script to find the offending circular references:

… which I ran in a query window to see what was wrong. Sure enough, it showed me the circular references and the results were spot on, but I wanted to keep the references in place. Everything worked fine when accessed from Entity Framework, and I was afraid to mess with the relations.   (In fact, the database was created in Sql Server 2012 by the Entity Framework using the update-database command. So, all the relations, foreign keys, indexes, etc came originally from the class definitions in EF.)

Then, on a whim, knowing that I had successfully scripted this database before, I connected to the Sql Server 2012 instance using Sql Server Management 2008 R2, and I was able to generated the scripts without error!!

Note, that I did data-only, and I had to allow it to script all database objects. I tried to select only certain tables, but that gave some other errors that I wasn’t willing to track down, so I just did the whole thing.

So, good luck to you… I hope this will help the next person who faces this problem.